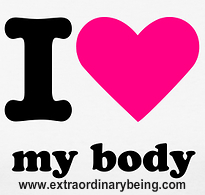 I have started a petition. It is located one change.org: http://chn.ge/1a6GZyq

In December 2013 we’ve seen some amazing women and a corporation use their means and platforms to raise awareness and attempt to change the mainstream message that perpetuates constant bodily surveillance and bodily hate.

In particular, Tyra Banks has joined forces with Special K cereal (Kellogg Company) to promote the “Fight Fat Talk” Campaign and Jennifer Lawrence told Barbara Walters that “It should be illegal” to call somebody fat on television.

It is clear that both these women and the Kellogg Company have their hearts in the right place, and that they are trying to help women shift their critical perspectives about their bodies in world where corporations and the media create powerful consumers by promoting self-hate and then supplying flawed solutions in the form of fashion, beauty and diet products.

Unfortunately, what has seemed to go unnoticed is the inherent hatred of the body that is actually fat. It is true, that our culture uses the word fat as an insult and often we hurl this word at bodies that are not really all that fat – but there are also a lot of genuinely fat people out there who could be living happy, healthy lives and instead they are riddled with the shame of literally being the thing that we are constantly demonizing.

Fat, like thin, short and tall, is just an adjective. It is a word that describes a body type and “fighting” or “outlawing” the use of the word fat, inherently underscores that being fat is shameful and embarrassing.

Some people are fat and that’s okay. Recently, Amber Riley used her fat body to win Dancing With The Stars – proving that bodies of all shapes and sizes can be graceful, powerful, capable and amazing. We can promote body love without continuing to shame the fat body.  We can accept all body types and still fight the corporate/media machine that perpetuates messages of body hate.

I have started a petition. It is located one change.org: http://chn.ge/1a6GZyq

Please sign this petition to help raise awareness about the negative use of the word “Fat” in campaigns that are attempting to promote body positivity, and to specifically ask Tyra Banks, Kelloggs and Jennifer Lawrence to leverage their celebrity in a way that empowers every body. In particular, we would like to see this change begin by watching Kelloggs make a big deal out of changing the name of the “fight fat talk” campaign.

Also – check out these two other Rad Fatties who are voicing their opinion about this issue: The Militant Baker, Sweaters For Days and Fat Body Politics