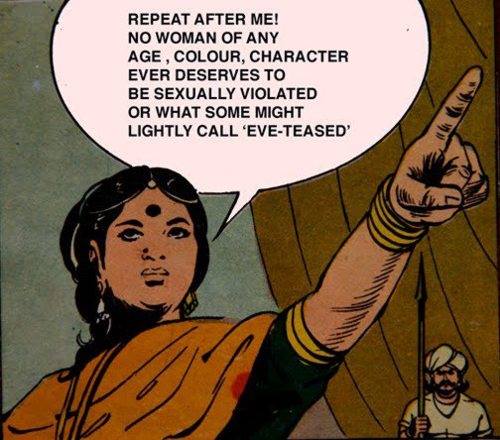 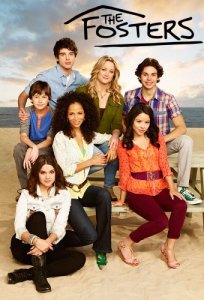 As most of you know my Ph. D. research revolves around teen media, which gives me a hearty excuse to stay current with all that ABC Family produces, and I am impressed enough by their new show The Fosters that I feel the need to note it.  Produced by none other than Jennifer Lopez , The Fosters revolves around a bi-racial 40-something lesbian couple, Stef Foster and Lena Adams, who have five children: Stef’s biological son (Brandon), an adopted set of twins (Jesus and Mariana) and two foster children (Callie and Jude). While I am not willing to make the claim that the show is an ideological paradise because Lena and Stef’s relationship continues to reinforce many patriarchal and heteronormative structures, the show does offer viewers a complex examination of issues like cultural diversity, adoption, the foster system, family, homosexuality etc.

For example, in the recent episode “Quinceañera” questions were raised about the nature of racism and the importance of honoring one’s ethnic background. The episode brought forth thoughts about ethnicity and race through a multifaceted plot line. Even though they are not of Latin decent, Stef and Lena throw Mariana a Quinceañera because they feel it is important to introduce  and incorporate the culture of Mariana’s heritage into her life. This cherish-your ethnicity-perspective explicitly comes to light , during a conversation between Lena and Lena’s mother, who is in town for the  Quinceañera. It is made clear that Lena’s relationship with her mother has always been strained because Lena, as the daughter of a white man and a black woman,  is a lighter skinned than her mother so her mother believes that because of Lena’s fairer complexion Lena doesn’t fully understand the “black” experience. Lena rejects her mother’s perspective and points out that oppression is not a game of comparison. Both the discussion of Mariana’s need for a Quinceañera and Lena’s navigating thorough the world as a fair-skinned black woman are nuanced and they forward really interesting and engaged ideas about social justice and the complex nature of living in a diverse world.

In just a few episodes, The Fosters has taken reproductive justice (including, the use of the morning after pill, sex ed, and issues of parental consent), the foster system (flaws, reports that stigmatize foster children, abuse, sexual assault), Sexual education (both how it works and how it fails), Immigration and undocumented individuals, and finally the definition of family.  If nothing else – I have a new respect for J. Lo.

Besides me and a whole lot of 13 year-olds, has anyone seen this show?

What follows are two images that ask us to consider the unrealistic nature of Barbie’s physical build. The first image is a life size Barbie – i.e a model of Barbie’s measurements if she were life-sized – compared standing next to a young woman and an image of current Barbie next to what Barbie would look like if she had measurements that were more in line with the reality of human bodies: 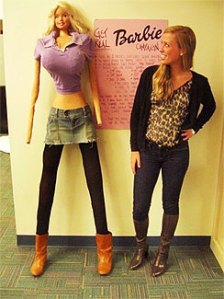 In April of 2011 CBS NEWS noted that with her current dimensions, Barbie would be diagnosed as dangerously thin – and possibly suffering from an eating disorder. So why not change her — why not make Barbie more in line with a realistic body type – or at least give parents the option. Why not make Barbie dolls in a variety of body types? Perhaps — we need a petition.

I’m not trying to slam Mattel – in fact, last year they produced presidential candidate Barbie – sponsored by the White House Project which was pretty cool:

But the reality here is that — Barbie creates unreal body expectations in the girls that play with her … remember the woman who has actually had multiple surgeries attempting to make herself look like Barbie. Just sayin’